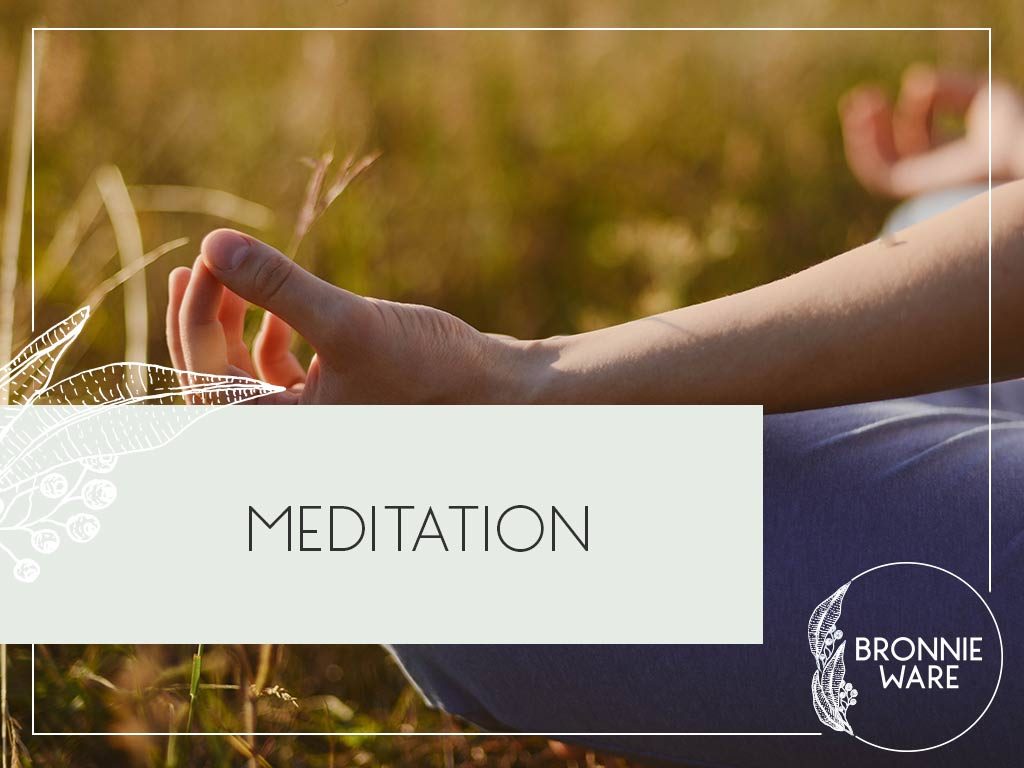 Sitting in a darkened room, with no awareness of anything outside of my body, my mind let go into somewhere new within itself. This is one of the wonders of meditation – when we let go completely, the mind reveals yet another layer of itself, a place of incredible beauty, free from busyness and thinking.

Finding my way to a path of meditation has been one of the greatest blessings in my life so far. For years I read books and tried a little meditating, based on what I was reading. Some wonderful guided meditations came my way too, via cassettes and eventually CDs. Yet all through these years, despite my intention and determination, I never truly believed that I was capable of mastering my mind. Instead, I welcomed the brief time out these meditations gave me, using them for relaxation, affirmations, or intentional manifesting.

The idea that the mind was actually trainable enticed me, like some exotic country that I believed existed, but never really thought I would visit in person. Yet the meditation path kept pulling me forward. It was a magnet with a slow, subtle pull, drawing me home into myself until I finally found myself sitting in a hall in the mountains, trying to master meditation while sitting in excruciating physical pain, surrounded by a hundred or so other people who like me, had committed to ten days of silence.

Vipassana meditation (www.dhamma.org) had always fascinated me. Out of ignorance, this fascination was mainly due to the novelty of trying to live for ten days without speaking. I had no idea then how much I would actually come to treasure the silence and that the technique itself would be such a catalyst to lift the lid on my necessary healing.

When I finished my first ten day course, though at the time I would have described it as surviving it, I thought to myself – ‘That was interesting, but I’m never putting myself through that again’. And I believed it. I walked out of there grateful for the experience but with no intention of ever going back. Yet a year later, almost to the day, I found myself sitting back in the same hall, sitting in similar excruciating pain, wondering how on earth I had ended up back there?!

A few months later I served on a course. The centre is run by volunteers – old students, of which I was now one. It was during these ten days of service that I realised Vipassana was indeed my path and that the technique had already helped me to access the tools I was looking for to master my mind. I wanted more. In subsequent years, I spent considerable time sitting more courses in silence as a student, and other courses serving the students who were sitting. But even without being at the centre, meditation remains a vital part of my every day life.

There are so many fabulous modalities of meditation available and we each need to find our own. The signposts will show the way to the right path, as they do for all who seek. One of the things that puts many a beginner off meditation is that after one or two attempts, they give-up, believing they will never quieten their mind, that their mind alone is just too busy and untrainable. I was once like that myself.

Like anything though, practice, commitment, and determination bring improvement. The first time I picked up a guitar, I was so disappointed I couldn’t play it immediately that I didn’t pick it up again for almost another decade. Yet it kept calling too, and eventually I accepted that becoming a guitar player would be a life-long journey, one I was finally ready to begin and enjoy. Such is the same with meditation. Such is the same with being human.

When we commit to mastering the mind, it initially fights back with incredible strength. After all, the mind and the ego have ruled unhindered for your whole life so far. They don’t surrender easily now that the heart and the wisdom of the soul are taking over. But to access those truer parts of yourself, one little glimpse at a time, takes focus and strength, one moment at a time. It is a lifetime quest. Like all challenges faced, unexpected rewards can arrive out of the blue too. It may come as a realisation when you make a more conscious choice than in days gone by, or when you catch yourself thinking more positively or breaking old patterns. Eventually, you find yourself operating from a more conscious place naturally. And this is a result of meditation and of learning to own your own mind.

So if you’ve considered meditation, or have even tried it but found it too difficult initially, please remember that the meditation path, like the path of the artist, the musician, or the human, is one that takes a lifetime. It is an ongoing journey.

Sometimes you will move forward well. Other times, it will feel like you are getting nowhere. So just rest when you need to, then soldier on when you can. Be kind to yourself. There is no race. There is no time limit. But the sooner you begin any journey, the sooner you can enjoy the delights it offers along the way too.

So if you’ve been thinking of embarking on meditation or any new venture, really, why wait? Now is a great time to begin a new journey. And if not now….then when?!